The A-Z of You and Me - James Hannah

"Ivo fell for her.
He fell for a girl he can’t get back.
Now he’s hoping for something.
While he waits he plays a game:
He chooses a body part and tells us its link to the past he threw away.
He tells us the story of how she found him, and how he lost her.
But he doesn't have long.
And he still has one thing left to do …" 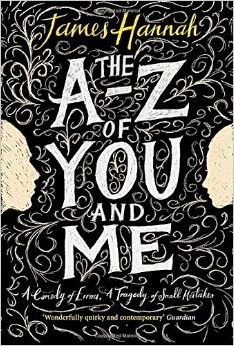 I GULPED down this novel in one sitting, ignoring everybody in the house until I was done. It was so, so much more than I was expecting - Ivo's story is both heart breaking and infuriating. There were times when I wanted to reach in and shake him, shouting, "WHY??? WHY DID YOU DO THAT??? You KNEW what would happen if you did that!", which has to be an excellent indication of quite how attached I became to Ivo during our short time together.

In short, I loved this novel. I loved Ivo, even though he made me cry, laugh and bloody furious in turn. James Hannah has written a beautiful, sensitive tale of love and loss, of anger and regret that will stay with me for a very long time.

The A-Z of You and Me is published on 12th March and you can get it here:

*I was very kindly sent an ARC by the publisher* 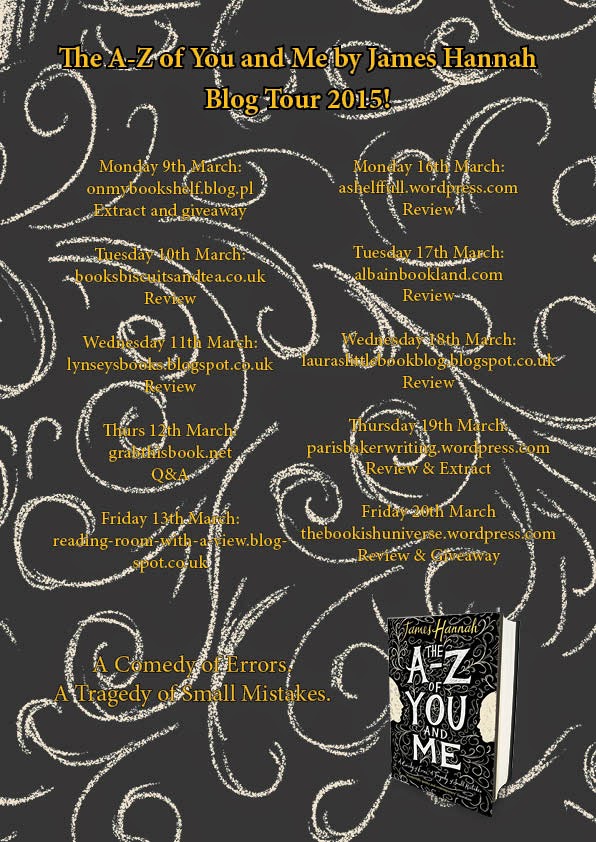